Very serious is the company-says "the godfather" -. What you send-answer "on errands" -. "The storyteller" notes everything your friend is exhibiting at the meeting (high level), to the looming crisis.

Many questions arise, and "The explicaor", took the floor and goes to the board of directors: Mr. President, considering grounds for "the godfather", and given the severity of chronic disease facing our company, I expose what I think is very urgent and necessary to deal with the problem effectively diagnosed, which as you know very well, was diagnosed last year as a result of the diagnosis was made three years ago.

"The storyteller" is nervous, and as you know it is still five years away from retirement, he feels trapped (between comedy and suspense), but it is very clever, and imagine a story to tell so that when you reach retirement (official), it appears that during the years of work contributed much to his company, working hard and taking risks.

"The godfather" is very clear-with-everything is fixed tickets, which you send-answer "on errands" -. Continuing his extraordinary exhibition "compadre" clean break!, Period, before the virus spreads.
"The explicaor" need to talk, wants to present its views on the diagnosis, diagnosed (in their opinion) should be immediately diagnosed, and if they diagnosed the same diagnostician, much better.

That is the question - says "the godfather" - who will diagnose the problem?

"The mandao" feel wanting to participate in the conversation, for the first time want to be proactive and bring a bit to resolve the crisis in the company where he works. "The mandao" says: if there is going to go, if you have to cut it short (the chase), if you have to .....

At compadre, the head begins to ache, lonely, insecure, very concerned about the organizational disease severity. NOW? "GHOST"? He asks himself. Both diagnose what went diagnosed to learn that a company that died years ago! What you say buddy! - Says "the storyteller", that can not be, there is nothing more to see us alive and healthy, "triunfaores". Get Real! -Says "the godfather" very concerned, being aware that the problem has no solution.

Nothing worse to create, develop and maintain a culture of excellence, such as having a group of buddies in the company.

The friend, is very helpful and committed to the interests of their social network, friends, and loyal eles fi, willing to do whatever it takes to defend its honor code and personal interests.

Do not even think about having a bad gesture, an inappropriate word in front of a class member COMPADRES WITHOUT BORDERS, are a pineapple. They have really taken and experienced, a strategy at work. Their motto is "without working together", and apply it with success, do not give a stick to water, although many pats on the back.

To be detected, there are many techniques, one of which is the dynamic inquiry. The hands and arms of these characters, they take a certain flaw in the movement to greet another on your network. Her smile is not natural, forced facial gesture, intended to represent a bucolic scene in an atmosphere of intense professional frustration. To ensure they are in front of one of them, try to keep a serious conversation about issues of importance to the proper functioning of the company, to improve work organization, etc.. Verify that react in two ways: quickly flee, objecting any excuse or change the topic of conversation to sports themes, funny anecdotes heat of a straw ....

Fortunately being studied for the social sciences, and specifically by the sociology and psychology of work, the dynamics and functioning of the informal organization within companies. Although we recognize that need the advice of a social anthropologist, to understand the origins of this guild compulsive liabilities in the workplace.

- Compadre! Why did we live without work stress without burnout, so efficient and profitable that is not complicate your life, that's what other. - The sad, when you hear talk of this nature is the pain and suffering burnout many professionals and workers, committed to their obligations
labor, their responsibilities and being proactive about their work and some "passive compulsive".

We can increase business performance and enhance our job satisfaction, if together we increase the collective COMMITTED WITHOUT BORDERS, and decrease the number of compadres at all levels of the company. The council alministración company, should pay close attention to the style of leadership and management of managers, avoiding the creation of a corporate culture of cronyism, which harms both the smooth running of the company, with a corresponding loss of competitiveness.


Do not confuse it with the messenger, go tell the runs, the turncoat, the storytelling, the smartass, etc. Many characters in the scene everyday working world.

I say workplace, because unfortunately, to the detriment of all, we divide our lives into two: personal and work.

I defend the thesis that even if you search and find a balance between personal and professional, should be more consistent and accept our responsibilities, both business and personal.

This division of "our two lives," gives rise to many contradictory characters. Thus, claiming to be the owner of your family and your home can be the errands of his superior, the storytelling "in the company" may be the playboy of his personal history, the turncoat in labor, can be a enemy and personally unfair, the messenger in the company, can be demanding and personally incompetent, the run go tell on the company can be a loner personally.

Concern is the huge amount of "mandaos" that exist in the field of business. If we place ourselves mentally in the essence of "errands" quickly see that it is a character who lacks any kind of authority and obviously does not want any kind of job responsibilities.

"I am a mandao" with this expression, the character disclaims any initiative that might be of benefit to all coworkers and the functioning and performance of the organization in which you work.

Nothing to issue more "errands" and the word "proactive", it seems as if allergic to this expression. "In my house I'm the boss, but here I am a mandao period." And the mind of this character so common, just think, in the word "shirking".

"The mandao" enormously damaging to other co-workers, as their job duties transferred to the other, creating an overload workers committed to their profession and the company in which they work, which over time can suffer physical wear and psychological stress.

The worst thing for organizations is to have his management team in a group of mandaos. As I mentioned in other articles, the Directors of the Company is responsible for creating a transparent business culture that generates commitment and collaboration among all members thereof. Imagine how many managers, directors, personnel managers, coordinators, etc., are considered, feel, and call themselves a mandaos.


There was a time in which the film was dumb. Ignacio Ortega tells us in his book "Social History of cinema in Almería", that there was a trade that was to explain the images that the cinematographer projected on a white canvas. The anecdotal is that in Almeria, it was not necessary that professional service, music and film enlivened the session helped the understanding of the images.

The book takes us Ignacio Ortega, with its narrative of good chronicler, our past (1896-1936). There are many that can project images in an attempt to feel the experiences of our ancestors. How much have the Almeria imagination! Only music history understood that images plasmaban.

I am very interested to analyze the work being done by EXPLICAOR. We can move our imagination to a cinema hall at the time. Images are projected and mobility begin a story that captivates us. As there are five senses that we have, we delve into the fabric of the history we have pictures, listening to the voice of explicaor. He knows very well how it starts and how the story ends. You know, as if it were a relative, each of the characters projected cinematographer. In addition, so many times he has had to explain the same story, that at any given time, you feel a character in the play.

The business world is full of images. We try to improve internal communication, motivating employees, engaging teams with the mission of the company, projecting some pictures, black and white, slowed, that tell a story not credible, not excited anyone.

How interesting it would be to hire a explicaor! A professional from outside the company, to explain, with clear, natural voice, the fabric of the characters acting in working life. Possibly inconsistent understand better many situations where the message of the management team is not accompanied by compromised behavior. It would also be of great help to those responsible for the management of the company's explanations, neutral and impartial.

A good explicaor should possess special characteristics. There is a film director, or theater, not an actor, not a sound technician, is a vocational observer of social history that the company plans on fictitious images.
The cinema just get going and EXPLICAOR tells a story: One day, an entrepreneur, with hope and perseverance, was able to realize the project envisioned since childhood. The company grew and grew, became so great that no one knew who he worked for. Discouragement seized almost all staff, no one understood the meaning of his work, in that great company. One day, a descendant of one entrepreneur read in a newspaper: the demise of the company "unexplained". 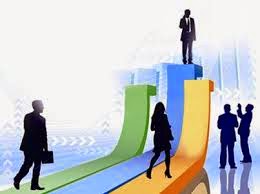